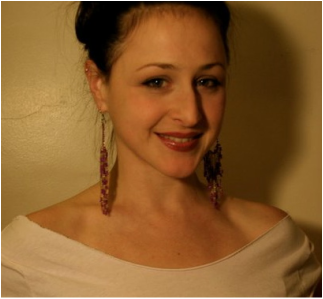 Chelsea Gregory is a cultural organizer, equity practitioner and community-engaged artist originally from Atlanta, GA. She has worked at the intersection of arts and social justice for over 20 years and now works primarily with Create Forward, PowerTools for Progress, Urban Bush Women's Builders Leaders and Organizers through Dance (BOLD) and PURPOSE Productions. She is also a member of Artists Co-Creating Real Equity (ACRE), an affinity group of the People's Institute for Survival and Beyond and the founder of Widening Circles, a network of practitioners working at the intersections of arts, equity, somatics and restorative practices.

She was a contributing writer and facilitator for "Every 28 Hours," a community-engaged theater project addressing the impact of police violence on Ferguson, MO and part of their Cultural Responsiveness Advisory Team to support accountability to those most impacted by these issues. She also recently coordinated community engagement for Working Theater's "Bamboo in Bushwick" a project that used theater to address the impact of gentrification on communities throughout New York City. Her work as a restorative justice practitioner is primarily based out of Academy for Young Writers, a public high school in East New York, Brooklyn.

From 2014-2015 she was part of the touring cast of Cornerstone Theater Company’s “California: The Tempest,” a community-engaged adaptation of Shakespeare’s "Tempest" that addressed issues such as food equity, immigration reform, climate change and the prison industry. Other performances include “Mapa Corpo” with Guillermo Goméz-Peña, Andrea Thome's "Necklace of the Dove," and a performance piece called “Body Stories” based on research by somatic psychologists on how oppression impacts the body. Recent choreography projects include Working Theater's "Bamboo in Brooklyn" and PopUP Theatrics' site-specific immersive "Broken City," both projects that explored the impact of gentrification on the neighborhoods of New York City. She also developed and directed the street theater initiative for the Berkeley VS Big Soda campaign, which led to the first successful soda tax measure in the US.

Her original work has been presented at venues such as The Culture Project, LaMama ETC, Nuyorican Poet's Cafe, The Living Theater, Bronx Academy of Arts & Dance and Brooklyn Arts Exchange in New York City; LA Women’s Theater Festival in Los Angeles; La Pena Cultural Center in the Bay Area; and 7 Stages in Atlanta, GA. Her solo performance piece "The 6 Project" explored how racial identity shapes our point of view based on interviews conducted around the Jena 6 Case, where 6 young black men were unjustly sentenced after racial conflicts initiated by white students. 6 Project performances, workshops & dialogues took place in 12 US cities, engaging over 2000 people in dialogue towards racial healing. From 2005-2008, she was part of the touring cast of Eve Ensler and Jane Fonda's co-production "We Got Issues!" and worked as a choreographer for Cornerstone Theater Company's Summer Institute, Yadira De La Riva's "One Journey" and several other theatrical productions. Directing credits include “Dance Me Free,” a play devised with Bristol Riverside Theater’s Teen Company exploring the transformative power of dance, "Future Academy" for Queens Theater in the Park's youth theater festival, and Girls for Gender Equity’s “Yo Shorty,” a performance piece about young women's safety in public schools.

Ms. Gregory’s poetry is published in anthologies such as The Charis Review, Steve Cannon's "Gathering of the Tribes" and "We Got Issues: A Young Woman's Guide to a Bold, Courageous and Empowered Life." She also contributed a chapter to Jlove Calderon's book “Occupying Privilege,” discussing theater as a vehicle for racial justice and healing. As a dancer she has performed with Movement for the Urban Village, ASE Dance Theatre Collective, Beacon Dance Company and Ned Williams Dunham Dance Company, and studied with The Limón Institute, Urban Bush Women, the Boston Ballet, Ron K. Brown and Baba Richard Gonzales. She received her B.A. in "Community Empowerment and Creative Culture" from New York University, and her M.F.A. in "Theatre and Contemporary Performance" from Naropa University.